St. Patrick May Be Scottish… 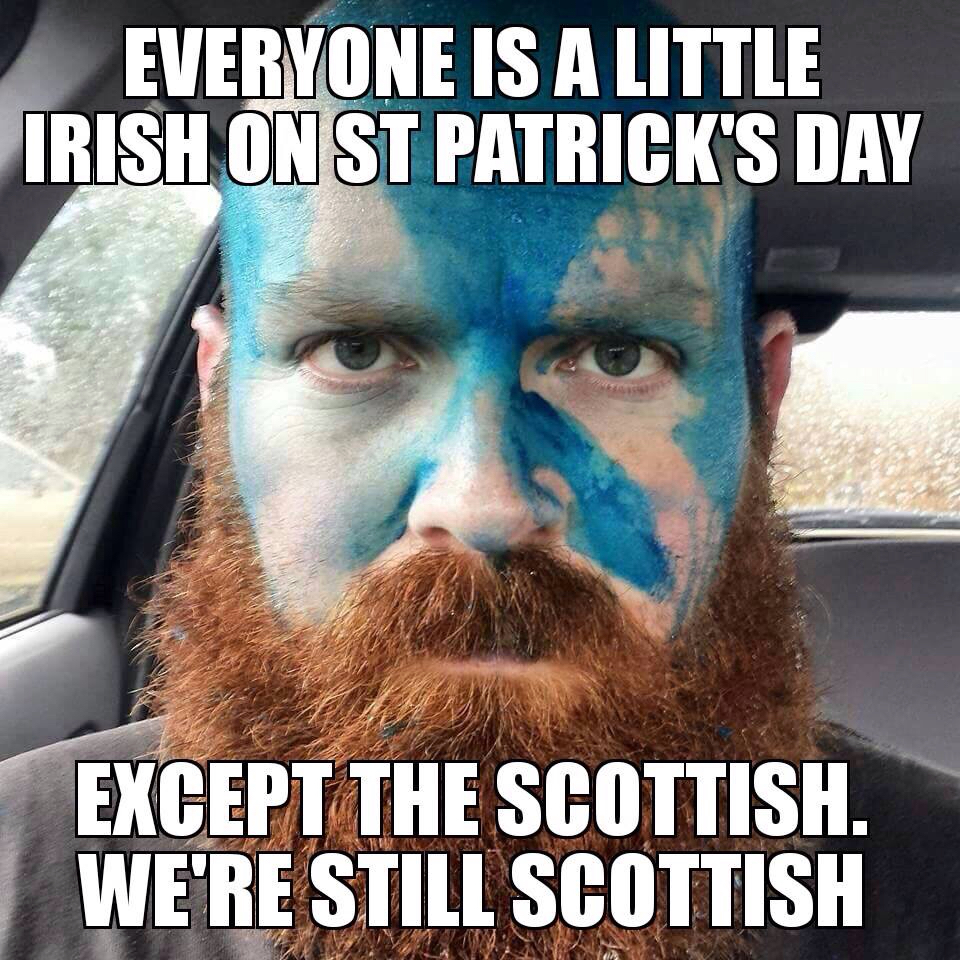 There is no certainty of any dates associated with St. Patrick, only that he preached in mid- to late fifth century. Scholars disagree on his birth calculating it generally between 373 and 390 AD and that he is from a Romano British (most of Britain was a part of the Roman Empire until 410) village called Banna Vemta Burniae. There is no agreement where this village was and he has alternately claimed by locations in England, Scotland, and Wales such as Dumbarton, north of Glasgow, and Ravenglass in Cumbria.

His father Calpurnius was a local politician and his grandfather Potitus was a Catholic priest. Patrick himself was not a strong believer. When he was sixteen, he was captured by Irish pirates and taken to Ireland as a slave. During six years of captivity he developed a relationship with God and converted to Christianity. After escaping from his master, he returned to Britain and entered the priesthood. A vision prompted him to return to Ireland as a missionary.

His intimate understanding of the Irish and their clan structure allowed him to eventually succeed where other missionaries had failed. He spent twenty years travelling across Ireland establishing monasteries and churches, and converting the people. When he died on March 17th in a year between 461 and 493 (as uncertain as any other year in his story) he left Ireland an island of Christians.

He’s Not a Saint – at least not in the official sense as far as the Catholic church is concerned (and they tend to be the authority on the matter). There was no formal canonization process in the early Church when Patrick died. He was declared a saint by popular acclaim. This may have been approved by a bishop making it official as it could be at the time. 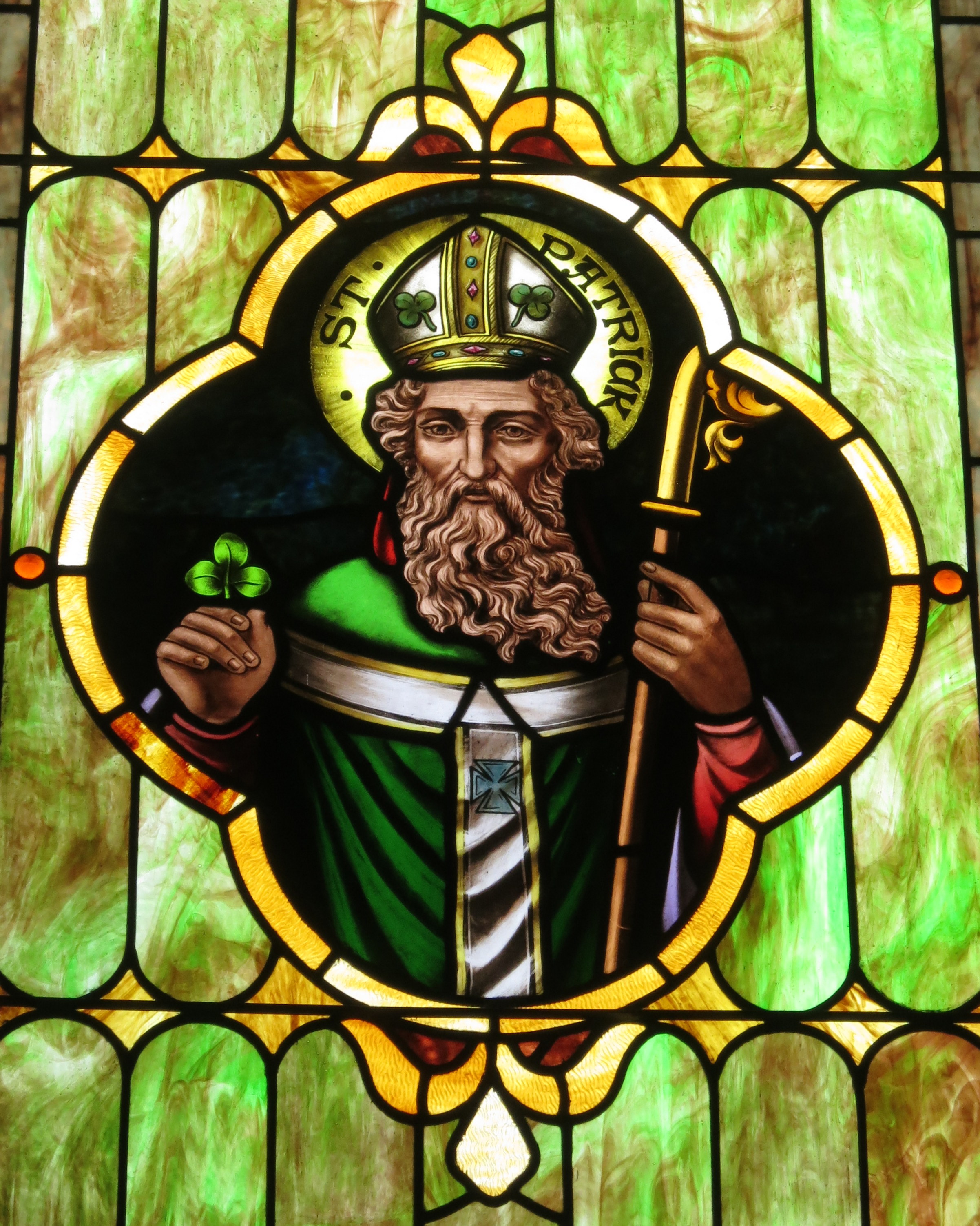 He Wasn’t the First Christian Missionary to Visit Ireland – A missionary named Palladius was sent to Ireland in 431, prior to Patrick’s arrival in 432-436. However, Patrick was more successful as he understood Irish culture from his time living there as a slave. He successfully worked on converting the clan chiefs who in turn promoted the conversion of their people.

He Didn’t Drive the Snakes Out of Ireland – There never were any snakes in Ireland, so he couldn’t have.

He May Not Be Just One Man – Some scholars believe that, to elevate the position of St. Patrick as the patron saint of Ireland, the St. Patrick story is a combination of the work of Patrick himself and the earlier Palladius.

His Name Was Not Patrick – Patrick appears to have been known by many names throughout his life. He may have been originally named Maewyn Succat and various writings refer to him as Magonus, Succetus, and Cothirthiacus. The only name that Patrick uses for himself is Patricius, which simply means “father.” This translates to Pátraic in Old Irish, Pádraig in Modern Irish, Padrig in Welsh, Petroc in Cornish, and of course Patrick in English.

He Can’t Be “Scottish” – Technically, even if St. Patrick was born at Dumbarton in modern Scotland, that wouldn’t make him Scottish, since there was no Scotland yet. Scotland as we know it today was variously controlled by different northern powers, with the modern borders of Scotland only coming to be after 1468.

Some Scots Are Irish…

Prior to the Roman invasion in 43 BC most of Britain was inhabited by Brittonic tribes who spoke a language ancestral to modern Welsh. By 84 AD, Rome had fully conquered southern Britain, consolidating their hold between 122-142 AD with the construction of Hardian’s Wall across northern England and the Antonine Wall across the Clyde-Forth isthmus (modern Glasgow and Edinburgh). Although their control between the walls would fluctuate over the next two and a half centuries, the area up to the Antonine Wall was solidly under Roman influence. The Brittonic and Pictish tribes north of the walls remained unconquered.

Rome withdrew its legions from Britain in 410 AD, but the Roman system would likely have continued for some time under local Romano-British leaders such as Patrick’s father. In the areas around the Clyde-Forth Isthmus power consolidated into Brittonic kingdoms such as the Kingdom of Alt Clut or Strathcyde based at Dumbarton. Anglo-Saxons began to migrate into southeastern Britain and the Gaelic-speaking Scoti migrated from northern Ireland into the Northwest of Scotland. From the 6th – 8th centuries the Gaelic Kingdom of Dal Riata grew in the west of Scotland, while the Kingdom of the Picts grew in the east. By the 10th century the Norse had come to control the north and the western isles of Scotland while Pictland became more Gaelic in nature and consolidated as Alba or the Kingdom of the Scots. The Western Isles, or Hebrides, were ceded to Scotland by the Norse in 1266, while Orkney and Shetland remained Danish until ceded in 1468 bringing Scotland to its modern borders.

So, if St. Patrick wasn’t Irish, and he wasn’t Scottish, what was he? Since we don’t know the location of Banna Vemta Burniae, the best and most accurate answer possible is to say that he was either Romano-British or more likely, Brittonic. But regardless of where he is from, he will be forever identified with Ireland.

On St. Patrick’s Day it doesn’t matter whether you’re Irish, Scottish, or even Chinese. Feel free to join in the celebration with some green beer, a Shamrock Shake, or anything else dyed green for the occasion. Just remember to hit the gym tomorrow morning to work it all off. 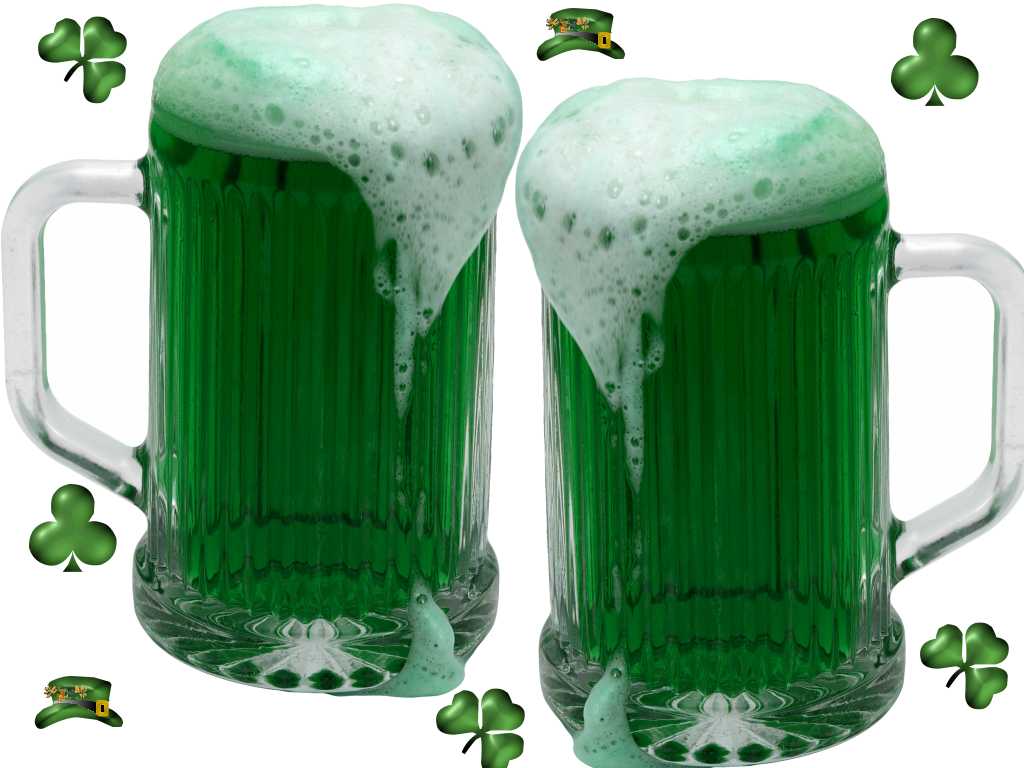