Of Clans and Gatherings

After completing the Trotternish Trek, I took a well-deserved break and entered the “working vacation” portion of my trip. What do I mean by a “working vacation?” The main catalyst for planning this trip was an International Gathering of my Clan Society. The Trotternish Trek was an add-on to this event, and everything else I did on the trip was scheduled around the Gathering.

Since the word “clan” comes from the Gaelic clann (meaning children), Scotland is at the heart of any discussion of clans and clanship. The question of “what is a clan” seems very easy to answer, at least until you attempt to do so.

The term “clan” is used across many cultures, and the fact that it has been applied to many and varied forms of kin-based groups compounds the confusion of its use. In the most basic sense, a clan is a group of people or families who trace their descent from a common ancestor. Many dictionaries will also make a specific reference to the Scottish Highlands in their definition. In a more informal context, a clan can refer to a large or extended family, such as using the term “Kennedy Clan” when describing the relatives and descendants of President John F. Kennedy or his father Joseph Kennedy.

In the context of Scotland, the Clans are feudal, kin-based groups which became the dominant socio-political division throughout Scotland, and primarily the Highlands, between the 14th and 18th centuries. They were considered feudal because clans were led by a chief who provided land and protection for tenants in exchange for taxes and military support. Chiefs were also allowed a wide range of legal powers to adjudicate disputes within their lands and among their people. Clans were kin-based because leadership succession was hereditary, and that members either traced their descent from a common ancestor of the chief’s line, or their relationship to the chief’s family.

The Scottish clan system was effectively destroyed, and their chiefs stripped of their legal authority in the wake of the last Jacobite uprising in 1746. The government then actively suppressed elements of Highland culture – ownership of weapons, the wearing of kilts or plaid, the Gaelic language, and more. Over the ensuing decades, the introduction of agricultural improvements and large-scale sheep farming into the Highlands saw the role of the remaining chiefs (those who had not been removed from their lands and powers) turn into that of landlords, with many former clanspeople being evicted or otherwise forcibly removed from their lands in favor of more profitable endeavors.

Although many Americans of Scottish descent would say that they are a member of a clan, in truth, no one is anymore. The Scottish clans of old are gone and the social structures which once supported the clans and allowed them to flourish in the Highlands are no longer the rule of the day in Western civilization. So, if they are not clansmen, then what are they? Like, me, those who say they are members of a clan have joined a membership organization very much like the PTA or the Boy Scouts and in most cases called a clan society.

Clan societies are generally set up as non-profit organizations with governing boards whose members are sometimes (but just as often not) recognized by the hereditary chief. Membership standards can be as open or as restrictive as the board decides. Many only require that their members pay a nominal fee and recognize the chief as the leader of the clan. Most will have a published list of surnames (and spelling variations) of those eligible for membership, but few (the MacDonalds being one of the exceptions) require members to prove that they are Scottish or even that they have an ancestor with one of the approved names.

The functions of these Clan Societies are primarily social, with a good measure of genealogy and history thrown in for good measure. Board members manage the minutia of the organization’s legal requirements, represent the clan at Highlands Games and Scottish or Celtic Festivals, and occasionally take on special projects related to the clan, its lands, or its history. My clan society, for example, has a board consisting of a President, Vice President, Treasurer, Secretary, Membership Chairs, Journal Editor (our “newsletter” is dubbed a journal as it averages 32 pages per issue), DNA Study / Genealogy Coordinator, and a Scholarship Committee Chair.

The members are rarely involved in the operation of the clan besides checking in at their clan’s booth at the local Highland Games, reading the newsletter, corresponding with fellow members about genealogy, or perhaps attending a reunion or gathering once or twice a year.

As nonprofit organizations, most clan societies will hold a statutory board meeting at least annually for the officers or directors to conduct the business of the organization. These annual board meetings are usually done in conjunction with an Annual General Meeting (AGM) which are more commonly referred to as a Clan Gathering. Today, most of what could be considered modern clanship happens at these Clan Gatherings. But if you’ve never been to one, you may wonder what actually goes on at one of these gatherings.

My clan typically has an International Gathering in even numbered year and our North American branch holds its own Gathering for those in the US and Canada in the intervening years. I have been to seven of them for my clan over the past 20 years, with two in Scotland and five in North America bringing me to Ottawa, Canada, San Destin, FL, Knoxville, TN, St. Augustine, FL, and Guelph, Ontario. I plan to attend the next two as well which should bring me to Louisville, KY and then New Zealand.

Although each one is different, and the locations do not repeat (except for every other International Gathering which is held on the Isle of Skye), they all have followed the same basic outline. They usually begin with a welcoming reception or an informal dinner on a Thursday night where everyone gathers to catch up and learn the full agenda for the event. On Friday the Directors will often hold their Board Meeting while the general attendees and spouses of the board members get a tour of some of the highlights of the host city. This is sometimes followed by a general meeting where the Directors share an update on the clan and its projects and always by a dinner. Saturday will often have some free time, but also typically has a destination tour for all attendees such as a river cruise, visit to a museum or a major local landmark followed by dinner. One of the dinners is usually formal and is followed by a ceilidh with traditional music and dancing. Gatherings will usually conclude with a brunch on Sunday morning.

Attending my Clan’s International Gathering this year was the main reason I decided to go ahead with this trip to Scotland. It was also the event that the entire rest of my rip was planned around.

The events generally followed the usual pattern described above. On Thursday, after the Trotternish Trek, I had dinner with some of the Directors before the official welcoming reception. Friday we held a flag raising on our clan lands followed by an open clan meeting. After lunch with a few of the Canadian members I had just met, I joined a walking tour of some of the highlights of Portree and the surrounding area. That night was the formal ceilidh in nearby Sligachan. Saturday afternoon’s events were a lecture and tour of the ruins of a religious complex associated with the Clan. I spent the rest of the afternoon at a pub with the Chief and his wife before a formal dinner with more entertainment. Brunch on Sunday brought the event to an official close, but the North American Directors gathered that afternoon to have our annual board meeting and discuss a few business items.

And with that, we all parted ways. Most of us won’t see each other for a year or two.

Some may wonder why we do it. Afterall, this was not a cheap trip. But then again, for most of us, this trip was our vacation. Nor was this Clan Gathering the only stop for most of the attendees. I heard stories ad saw Facebook posts about trips to Germany, France, Belguim, England, and many other places before the Gathering. Others, like me, have many more stops to make before beginning the return trip.

Anthropological studies have shown that belonging to an organization, particularly one with kin-based ties, can provide a strong sense of belonging. This is especially important for individuals of Western European descent who have typically become disenfranchised from their native culture – one of the side effects of living in a young country and not being a member of a minority group with a more distinct culture. 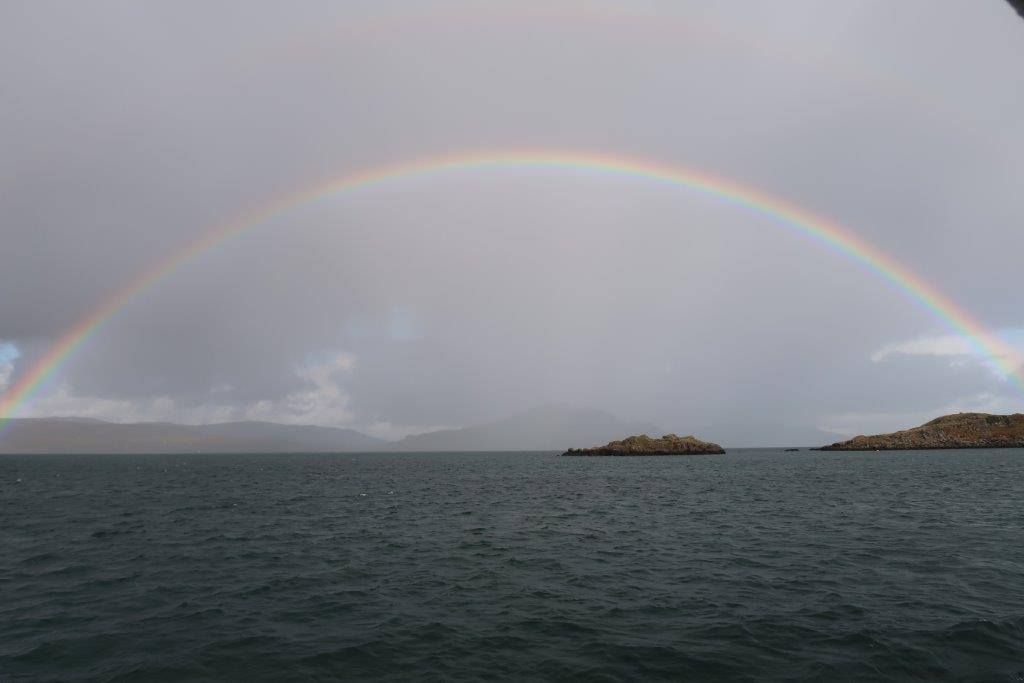